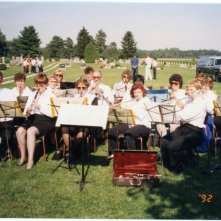 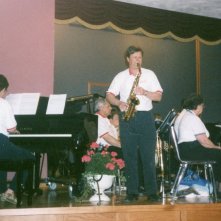 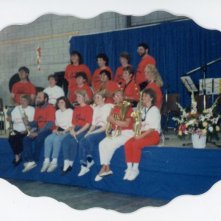 The West Elgin Adult Band was established in 1991 by Mike & Patty Letovsky who were Music Teachers at the nearby schools, and the original band members were parents of the children in the Grade 7 & 8 Instrumental Music Program. They continued to lead the band until 1994. 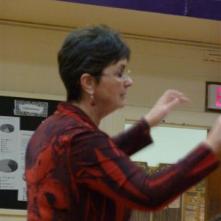 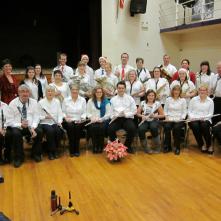 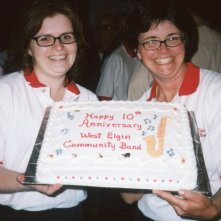 From January 1997 to  May 2013, under Sharon Little’s leadership the band welcomed teens into the band and changed the name to the West Elgin Community Band. 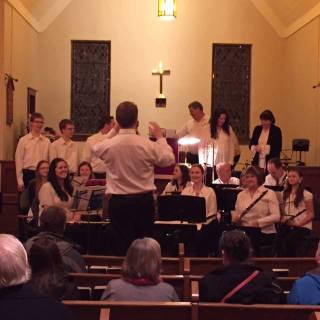 In September 2013, we welcomed James Callowhill as Musical Director. Under James’ leadership, the band has competed at the St. Thomas Rotary Festival and London Kiwanis Fesitval as well as multiple band shares.

Each member is expected to have their own instrument or rent one.

Every Monday from September to June (excluding holidays) 7-9pm – with a refreshment break!

James Callowhill is a well-known performer, teacher and instrumental conductor in Southwestern Ontario. Born in London, Ontario, he began his musical studies on piano and studied French horn in high school music with Rob LaRose.

He holds undergraduate degrees from Queen’s University and the University of Ottawa. James continued to study the French horn at Queen’s with Neil Spaulding where he played in many ensembles including Orchestra, Wind Ensemble and The Opera Pit Orchestra. After graduation James won a national audition to perform with the Canadian Forces Ceremonial Guard Marching Band on Parliament Hill, Ottawa. He served in this position for two summers.

James is a passionate teacher who dedicates himself to the music program at Lord Dorchester S.S. His Concert Bands, Choirs and Jazz Band have won accolades at the Kiwanis Music Festival (London) and the St. Thomas Rotary Music Festival.

In the fall of 2013 James accepted the position of music director with the West Elgin Community Band.

Or come out to one of our practices to see what it’s all about!